You can learn a lot about job candidates by their social media profiles and posts. But how do you accurately and fairly screen applicants, at scale? What’s legal, and what’s appropriate when it comes to social media screening?

What is Social Media Screening?

You may be wondering, “What is social media screening?” According to Lager, “it’s getting data from social media, understanding what people are saying online, what kind of content they’re creating and then applying that in a background-screening capacity to an employment decision.” Lager says Social Intelligence was an early pioneer in the industry.

But social screening isn’t about just Googling a job candidate’s name, which is time consuming and can results in errors. “We invest really heavily in machine learning to automate and scale social media screenings,” Lager says. Social Intelligence can identify and analyze people’s social profiles quickly, which is important to companies of any size, but especially large organizations with a lot of candidates to sort through.

But Social Intelligence isn’t interested in posts about the time you had too much to drink and took a photo with a lampshade on your head. “We’re looking for really egregious behaviors, things like racism, violence, bullying, stuff that can really affect the workplace.” Some people may wonder if it’s right or ethical to search for this type of information, but Lager says, “People are already Googling you.”

Why You Shouldn’t Do Your Own Manual Social Media Screening

While some companies believe that they can conduct their own social media background checks, Lager says there are several reasons why they shouldn’t. First, she says, your boss or the person hiring you should not be looking at your Facebook profile. “They shouldn’t know what church you go to, they shouldn’t know your sexual orientation or all sorts of other factors that could bias them against you in a hiring or employment decision.” And Social Intelligence doesn’t focus on that type of information.

She says it’s also a waste of time and resources for companies to conduct their own pre-employment checks. “When you have an intern in HR Googling someone, it’s probably not the best use of their time — and you’re exposing at least one person to a bunch of information that just shouldn’t be seen.”

Companies also run the risk of screening the wrong person. “John Smith might not be putting out real information on himself in terms of date of birth, et cetera, so how are you actually getting to the bottom of that?” Social Intelligence has worked with some of the top employment lawyers in the country to develop processes that align with the Fair Credit Reporting Act. In fact, the Federal Trade Commission did a full audit of the company. “We had to answer some questions from the Senate Privacy Committee, and the FTC determined that Social Intelligence was acting as a consumer reporting agency when we provide these types of reports for employment purposes.”

Why Human Input is Still Important

As great as artificial intelligence is, Lager says that human input is still important. A machine can’t detect whether someone is being sarcastic or not, so a human needs to step in and provide emotional intelligence and context. “That’s why we have a review program, very similar to Facebook, to make sure that we understand the innuendos, the sarcasm, whatever it is, at a human level.” 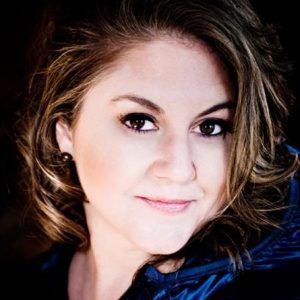 Like most people who gravitate toward HR, Meghan loves people. Early in her career, Meghan realized she was a rare people person who understood tech. As a high tech recruiter, Meghan worked with hundreds of companies, from early-stage startups to global brands like Microsoft, IBM and Google. Meghan founded TalentCulture in 2008 to lead a conversation about the future of work with her peers in HR and leadership. These days, she is consistently included in lists of top online influencers and writes about HR tech and talent management at Forbes.com, SHRM.org and a variety of other media outlets. Her career background spans recruiting, tech, marketing, branding and digital media. As an HR tech analyst, author and brand strategist, Meghan is sought after for her ideas about the future of work, is a regularly featured speaker at global business conferences, and serves on boards for leading HR and technology brands.