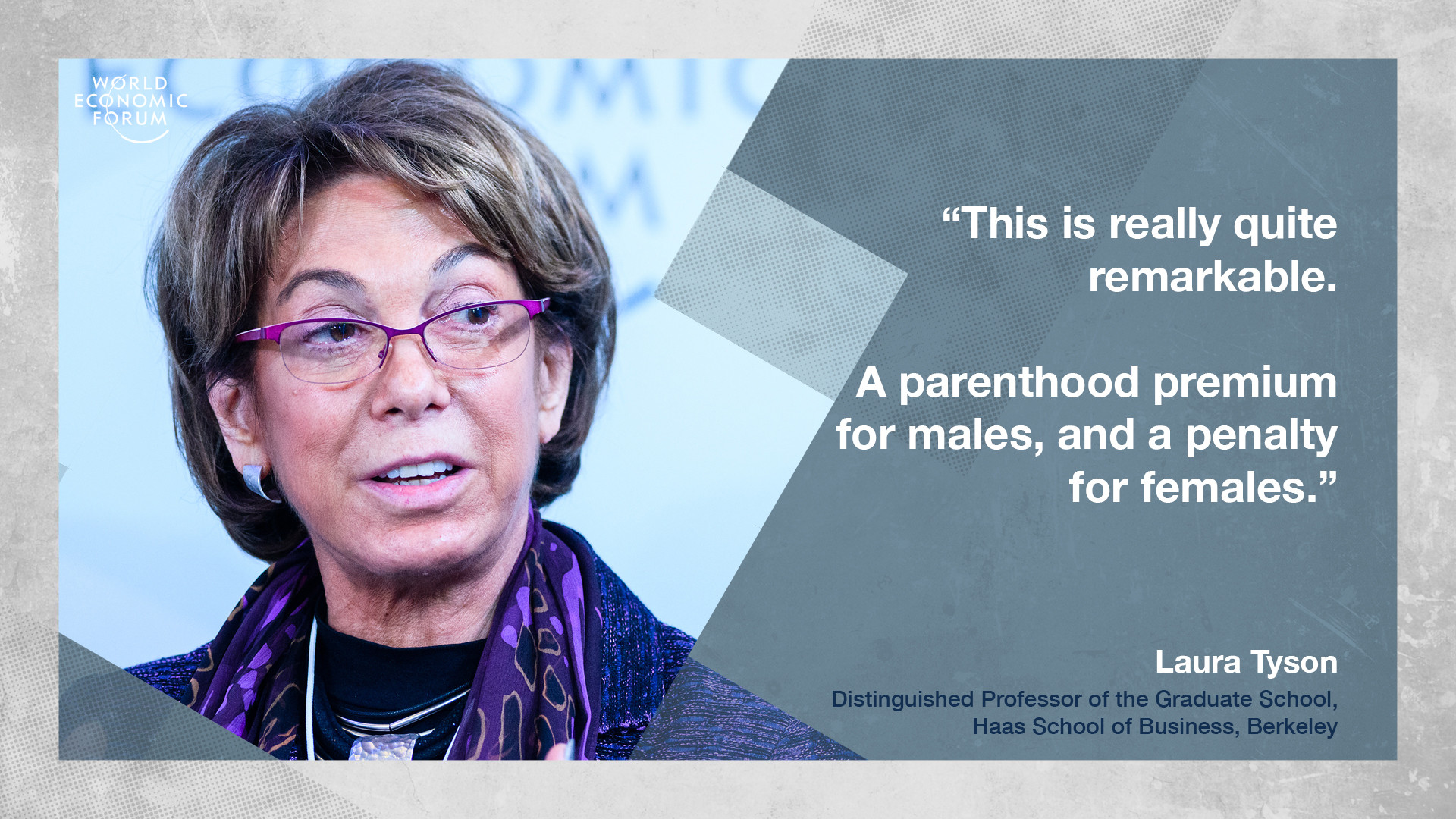 An economist explains why women are paid less

For every dollar a man earns, on average a woman is paid 54 cents. Based on today’s rate of progress, it will take 202 years for this gap to close, according to the World Economic Forum. As this chart of major OECD economies shows, the discrepancy plays out all around the world.

But what’s going on behind those numbers? Both outright discrimination and a complex web of factors that influence and constrain the options open to women, according to the American economist Laura Tyson. She pinpoints parenthood as the moment the gap widens, with mothers taking a wage penalty while fathers enjoy a premium.

The below is an edited transcript of a conversation with Laura Tyson, Distinguished Professor of the Graduate School at Berkeley.

So, let’s go now to some other factors that affect the gender gap in earnings.

There is also evidence that motherhood and associated gender differences in household care responsibilities are significant factors behind the gender pay gap.

There’s evidence of a wage penalty for motherhood: all else being equal, there is a negative relationship between a woman’s wage and the number of children she has. According to OECD data, the motherhood penalty amounts to about a 7% wage reduction per child. There is also some evidence of a fatherhood premium: a positive relationship between a man’s wage and the number of children he has.

When you compare men and women with comparable educations at the beginning of their careers, working full-time in the same occupation and sector, the gender gap in earnings has largely disappeared in many advanced industrial economies. Same education, same work, same wage.

Five to ten years later, often after the arrival of children, the gender gap in earnings appears. A non-existent wage gap becomes a significant and growing wage gap.

Women often choose to move to part-time employment or to step out out of a career promotion pathway in order to have more time for motherhood and childcare when their children are young. If they return to work full-time, they are often forced to accept a lower wage compared to the wage they would have earned had they stayed in their original job.

There is a significant amount of work associated with running a household and raising children. That work exists. And right now, not just in advanced industrial countries but around the world, that work is disproportionately done by women. And it’s not paid.

An important step to closing the gender pay gap is the more equitable sharing of parental responsibilities between men and women. Paid parental leave policies that provide both maternity and paternity leave help achieve this goal, increasing the participation of fathers in child care and reducing gender stereotyping in childcare and related household responsibilities. When paternity care is non-transferable, men are more likely to take advantage of it, reducing the gender differences in labour force participation rates associated with children. Paternity leave is frequently cited as a very important policy to reduce or eliminate the pay differential resulting from the motherhood penalty and the fatherhood premium.

Discrimination, stereotyping and implicit biases still play a role. Finally, and this is significant: even taking out the education effect, the occupation effect, the sector effect, the part-time work effect,and the motherhood and fatherhood effects, a gender gap in earnings remains. This gap is evidence of persistent discrimination, stereotyping and implicit biases in earnings and promotion opportunities for women. Government policies, legal protections, and changes in business practices, such as regular pay assessments of earnings by gender and pay transparency, are necessary to combat these sources of the gender gap in pay.